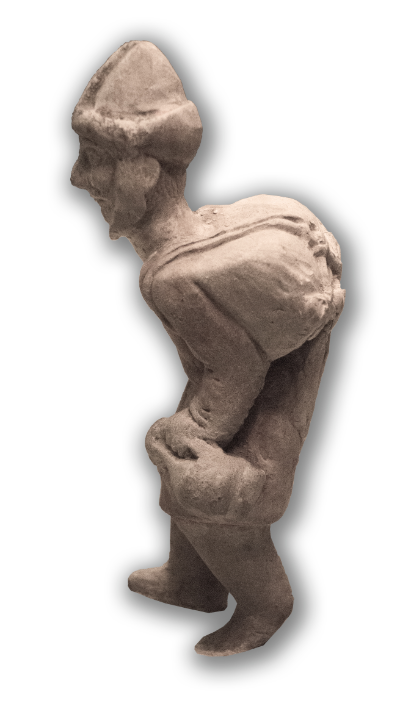 Due to the “Belt and Road Initiative”, the economic dynamics between China and Central Asia have recently again caught the world’s attention. However, the origins of these relationships go back millennia. The project “Sino-Indo-Iranica rediviva” examines the earliest exchanges of commodities along the ancient Eurasian trade networks using linguistic, historical, and archaeological data.

The project loosely follows in Berthold Laufer’s (1874-1934) footsteps who masterfully demonstrated the intensive cultural contacts between the early Iranian and Chinese civilizations by using loanword data. In his ground-breaking “Sino-Iranica” published roughly a century ago (Chicago 1919), he not only combined information about hundreds of Chinese plant names with their corresponding Middle Iranian equivalents, but also the names of spices and fragrances, products from the Malaysian archipelago, Persian textiles, minerals, metals, gemstones and the like. The importance of Laufer’s work can be seen in its many re-editions, its translations into Chinese and Japanese, and in the numerous articles on the early exchanges of products between China, Inner Asia and the ancient Near East it spurred. The project attempts to critically review and expand Berthold Laufer’s results, taking into account the dramatically changed landscape of available linguistic, historical, and archaeological data.

The project will carry out a comprehensive analysis of the existing evidence to create reliable insights into the early relations between China and Central Asia, with a focus on ancient India and Iran. Early Iranian and Indian loanwords from and into Chinese, as they are found in transmitted and excavated texts, will be collected, carefully examined and compared with the available extra-linguistic data.

The overall aim of the project is to shed light on the earliest relationships between Inner Asia and the Ancient Near East with China. An open access database of the terms examined, which is being created in the course of the project and may serve as the basis for future projects within a similar geotemporal framework. We expect that results from this project will be useful to enhance linguistic reconstructions of Central Asian languages and to calibrate their linguistic genealogies. Historically, the project will provide new perspectives on the relations between China and Central Asia and the history of the migration of individual ethnic groups. Given the current revival of economic and strategic interests in this area, the results may also be fundamental to a better understanding of the historical preconditions for the current geopolitical situation in Central Asia and adjacent areas.

Even to systematically “update” Berthold Laufer’s equations is a daunting task. The project thus intends to bring together participants from very diverse fields, including Old and Middle Chinese phonology and lexical history, Old and Middle Iranian, Sanskrit and Middle Indic Prakrits, Silk Road archaeology, cultural history, etc. In the present setup, the project includes two Ph.D. students familiar with Sino-Indian and Sino-Iranian philology and linguistics, one Postdoc specializing in Silk Road archaeology and material culture, and the P.I. However, it will also regularly need to solicit input from a number of specialists, who have kindly confirmed their support.

Information on the progress of this project as well as announcements related to the publication of new research results will be regularly provided on this website.