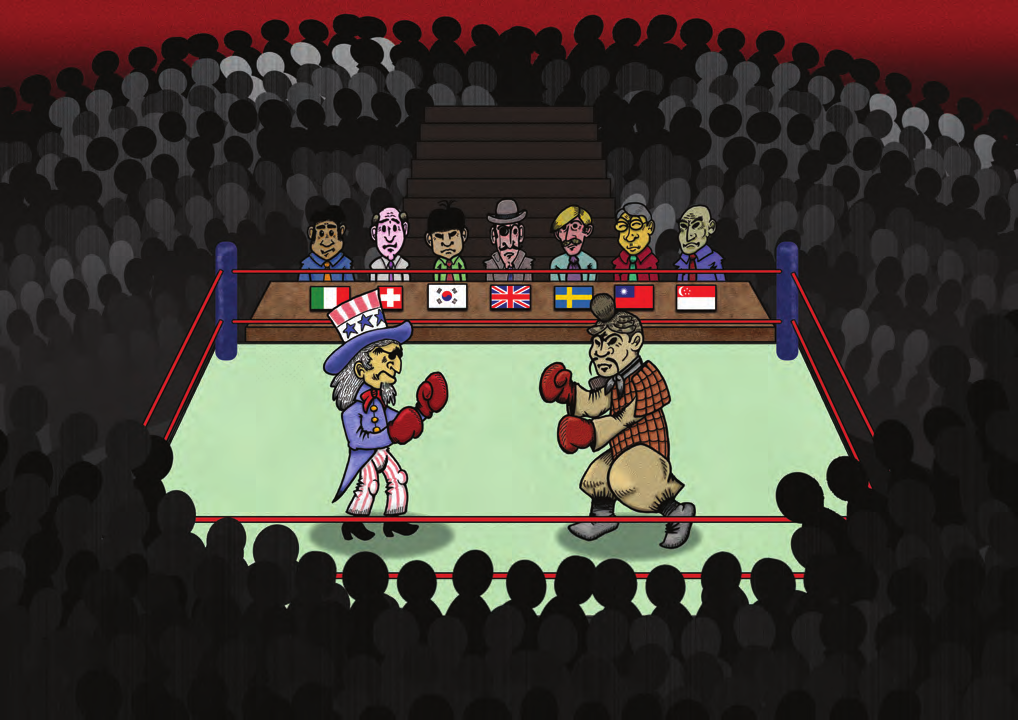 Over the course of just a few decades, China has progressed from being a relatively marginal member of the international community to a great regional power and is on its way to becoming a global hegemon. Presently, the world is witnessing a new form of “Cold War” between the USA and China; frictions have grown increasingly prominent during Trump’s Presidency: trade wars, technological competition as well as mutual distrust and accusations constitute what seems to be lowest point in the relationship between the two, since the resumption of official ties in 1979. While mostly geared towards economic interests and a trade and tariffs war, since the 2020 Covid-19 pandemic, the clash seems to have assumed more ideological hues. Frequent direct attacks of China, its government, the Communist Party non-transparent behavior and its violation of human rights and international protocols have been uttered by many within the US presidential administration. This conference shall  discuss the domestic and international aspects of the rise of China.

A special focus shall be on the newly formed “Cold War” between China and the USA, with its potential to reshape regional order in the Asia-Pacific.

Furthermore, the conference will analyse how different countries in Asia and Europe will react to the US/China rift and what strategies and positions they shall utilize in the future to deal with the two superpowers. Among these are Switzerland, Italy, Germany, United Kingdom, Sweden, Taiwan, Singapore, South Korea and Japan.

The results of the conference proceedings shall be published in a peer-reviewed edited volume. Participants are expected to submit their drafts of chapters (roughly 9'000 - 10'000 words) by November 26, 2020.

The conference will be held online; a registration is required.